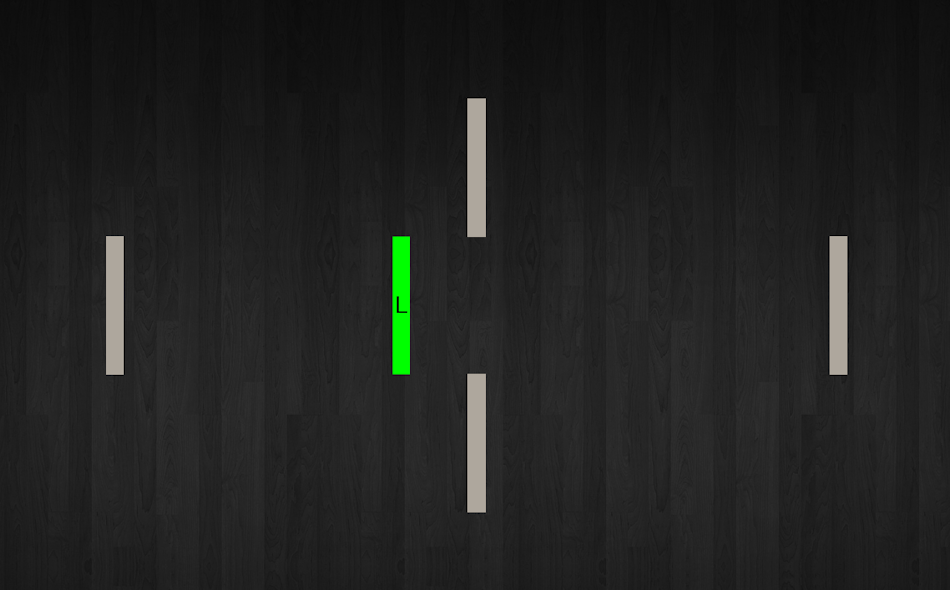 The unstable tracking task is a compensatory tracking task with a negative feedback loop. Subjects must keep an unstable bar in the center of the screen. The further the bar is off target, the greater is the velocity of the bar to move to the outside. Since the characteristics of the bar resembling the task to balance a stick or fly an unstable air plane this task has become very popular to measure senso-motoric coordination of in aero-space, clinical, or neuro-psychological research.

One task type is the classic n-back paradigm in which subjects must detect items that have been presented n-items before. In contrast, the n-back choice Rt produces also load on the response stage, by requiring subjects to remember the response, not the stimulus. Subjects must defer their answer to the n-subsequent trial. To minimize the perceptual interference, the items of this dual task are displayed within the tracking display. The tracking task can be configured as single tracking or Memory/CRT task, or as dual task.

With the popularity of computer games and joystick devices, the individual differences in baseline performance are significant. It is important to find a performance level which is challenging but not too difficult so that subject lose control. To adjust to different a-priori skill levels, increasing task levels can be defined to raise the Lambda value (velocity of the bar) when successfully mastering the tracking task for a defined time period.

The task is measuring among several other performance metrics the SDLP index (standard deviation of lateral position) which is also used as an indicator of discovering fatigue during actual driving. If the bar moves beyond the defined range and hits one of the boundaries, it is captured as a loss of control and the bar is repositioned into the center and frozen until a configurable recovery period.