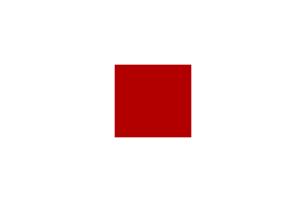 In the sustained readiness task (SRT) subjects are required to monitor the succession of presentations of a simple stimulus (red square) and respond as fast as possible at each stimulus onset. The rather long and random inter-trial-intervals (ITI) and the absence of external stimulation other than the red square, make it difficult for the subject to stay alerted (Klemmer, 1957). As such, response latencies are known to increase with fatigue and sedative effects.

The SRT task is only asking for a simple response to each appearance of the same red square without the need to discriminate between different stimuli (Donders, 1969). The SRT task is focusing on decrease in response speed when subjects monitor a simple unpredictable stimulus over an extended period of time. In contrast, vigilance tasks focus primarily on the decrement of discriminating between signal and noise (Davies & Parasuraman, 1982).

Parasuraman et al. describe techniques to accelerate the decrease in performance by using lower target probabilities or introducing target conditions that induced working memory load (Parasuraman, 1979). But then the nature of the task becomes more of a continuous performance task where subjects have to perform over a prolonged time at a rather high level. These tasks are very stimulating and perceived as challenging by subjects, which makes it more difficult to discover subtle differences in general alertness since subjects feel motivated and compensate. With lower target rates, the re-test reliability deteriorates since with fewer targets fewer measurements of hit and miss are available.