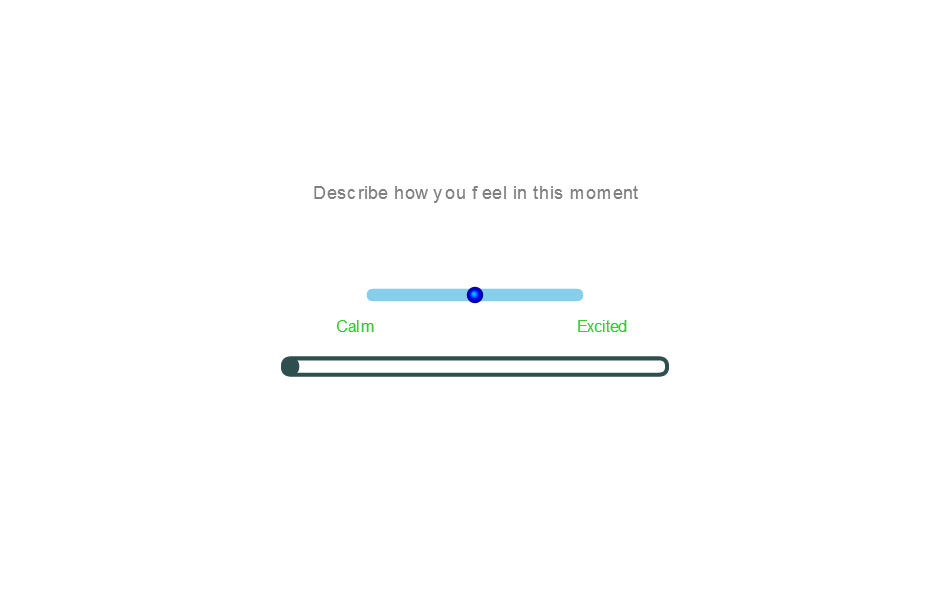 A Visual Analogue Scale (VAS) is a simple method for measuring subjective experience like mood, pain, or fatigue. Typically, a VAS consists of a 10 centimeter line anchored at each end by words descriptive of opposing statements (bipolar) or the minimal and maximal extremes of one statement (unipolar). On this linear scale, the person indicates how he or
she is feeling at the moment by placing a mark between 2 statements concerning a specific condition of the dimension being measured.

VAS questionnaires are less popular than The Likert scale which is the most widely used scaling technique and commonly used in various stress and health research studies. These scales typically consist of items that for example require respondents to rate their degrees of agreeing or disagreeing with various declarative statements. Usually three to seven response alternatives are used, but there are different opinions about the optimal number of response alternatives.

Many studies compared VAS and Likert scales which share in some cases only 60% of common variance. VAS seems to be more sensitive to smaller changes in subjective states and are not affected by the Wording of the response alternatives as it is the case in Likert Scales. The interpretation of the Visual Analogue Scale with respect what is normal, what is a midrange and what is extreme is left to the test subject.